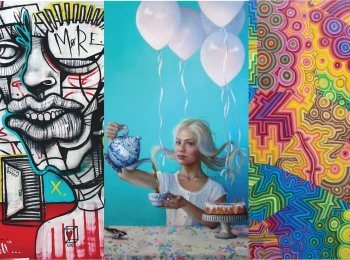 We started our visit at Neuer Berliner Kunstverein (n.b.k.), or, all the more precisely, outside n.b.k., with a work by veteran German reasonable craftsman Rosemarie Trockel. The exhibition has extended its space by getting an enormous show surface at the crossing point of Friedrichstraße and Torstraße. They desire to utilize the space to grandstand a half-yearly turnover of contemporary works and the program’s debut highlight is this work by Trockel. Strolling towards n.b.k., the board space becomes apparent, outlines the exhibition, and goes about as a greeter of a sort.

The work is named ‘Thinking in Dark Times’ and portrays a norm, white, practically modern window encompassed by and offering a perspective on a dark foundation. At the point when considered in separation, the piece feels vile and cool, the sterile window showing the watcher just haziness. In any case, when introduced in the metropolitan environmental factors of Mitte, it shows up less like a sign and more like a chameleon, delicately meshing its direction into the engineering and alcoves of the city. A show like this, planned to be seen outside, feels like a gesture to the (dull) times we’ve experienced in recent months. It fills in as an update that workmanship can be found and commended anyplace, in any event, when its institutional structures are shut and our lives on lockdown.

Continuing, we accidentally proceed with the topic of evil works that misrepresent specific delicate care, venturing into Dirk Lange’s presentation at Soy Capitan. The display shows three of Lange’s drawings, which have been made utilizing quieted tones. Every one of the pieces feels huge, eye-getting, and forcing inside the slick white dividers of the display. Lange has luxuriously and extravagantly drawn fanciful situations on the material, each resembling a scene from an exemplary fantasy. Be that as it may, after looking into it further, every one of the pieces has a dim, confusing suggestion.

‘Eigennacht’ shows a charming figure walking around knolls and slopes, yet her general surroundings have started to atomically separate. Evening time skies spill off of her mind and back and it seems like, unbeknownst to her, something is out of order. The acknowledgment that the figure could be in danger leaves the watcher feeling somewhat deceived. Lange’s different pieces ‘Ein Fall für pass on Jungs’ and ‘Wilderer’ have similar unfavorable energy.

Nearby, we visited the presentation of Jonas Roßmeißl at Klemm’s, appropriately named ‘another static’. Roßmeißl is a youthful craftsman and this assortment of work shows an intelligible, particular, and cutting voice. In the presentation, he shows a model of the Statue of Liberty holding an open box of medicine and a nursery little person that has been cut and divided. These images are quickly unmistakable, however each with their interesting intercession.

This feels like a sharp investigation of the present status of our needs as the general public. We’ve blended everything in with artificial materials and destroyed the credibility of what we esteem. The most striking piece in his presentation is an outlined work at the passageway. It holds unendingly running stuff wheels eating their direction through the material, and feels like a sharp gesture towards our unfathomable utilization as people. In an intense and effective move, Roßmeißl decided to introduce light installations over every one of the works, which would keep guests from taking an unmistakable photograph of the show. Each endeavor brings about a static aggravation, as the title proposes. This forced move—controlling how and when we can respect the work—is one more instance of gnawing social discourse by the craftsman, this time guided at our failure to appreciate encounters unfiltered through our telephones.

At long last, we visited the Schinkel Pavillon to enter the universes of HR Giger and arising South Korean craftsman Mira Lee. The caretaker Agnes Gryczkowska has astonishingly woven together crafted by these two particular craftsmen into the engineering of the Pavillon, to the degree that they nearly become one.

The lower level of the Pavillon highlights a discussion between Lee’s animatronic, bothered figures and the universe of Giger’s ‘Outsider,’ which was made renowned by Ridley Scott‘s 1979 film. This part feels dim, personal, and taboo, similar to something we should be conscious of. Higher up, we stream down a restricted passage passing works of art and drawings that portray the implicit frightfulness of birth and lead us into an octagon-formed cell, as though we’ve gone up the vaginal channel. The room is then encircled by Lee’s ‘Transporters – offsprings,’ an assortment of odd, spurting, baby-like animals, which are suspended from the roof and ceaselessly took care of gooey fluids. The whole experience feels like something inner, as though we have, ourselves, quite recently been horrendously birthed from a beating belly.

Regardless of whether it’s encountering an imaginative reenactment of birth injury, tracking down an inauspicious undercurrent to something that once appeared to be welcoming or being not able to notice creative intercessions in flighty spots, it seems like a gift to appreciate Berlin Art Week and Gallery Weekend’s rich and differed program face to face again this year.